The Walls of Dubrovnik: Crown Jewel of Croatia 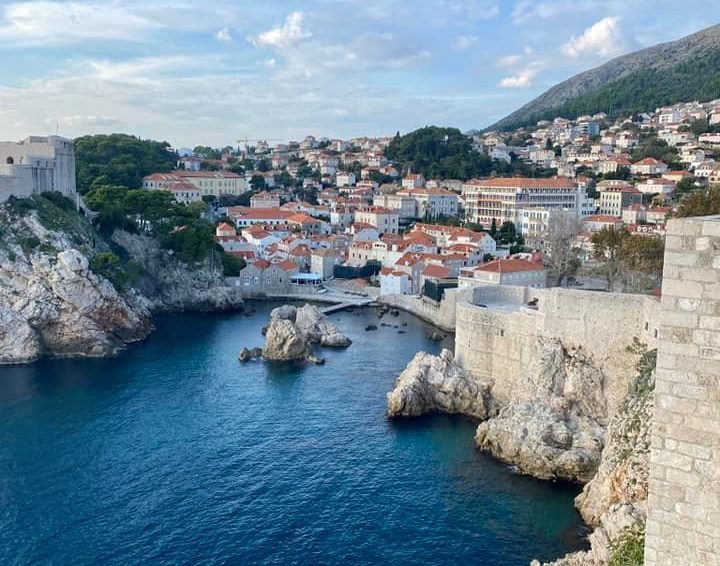 The city of Dubrovnik, Croatia

Hey everyone! Welcome to the next stop on our journey: the city of Dubrovnik. It is the most beautiful place we’ve visited in the entire country of Croatia! There are a lot of hills that descend right into the Mediterranean Sea, which contribute to its incredible scenery. This amazing city is full of rich history and fun adventures. Keep reading to discover more about this breathtaking place!

Dubrovnik is the crown jewel of Croatia, also called the Pearl of the Adriatic. It was historically used as a huge trading post for the Yugoslavians. Dubrovnik was its own country until 1667 when an earthquake destroyed most of the city. It became part of Croatia during the 1900s and was named a World Heritage Site in 1979. A majority of the city lies within huge castle walls that the Romans built at the beginning of the century. These walls are built right on the Mediterranean, making it breathtaking to see.

Once you enter through the huge gates of the city, you’re surrounded by alleys, churches, and beautiful homes. As you walk through the alleys, you’ll discover a lot of businesses and restaurants. We found amazing food in this city. Typically, it’s a lot busier than it was, but due to the pandemic, we pretty much had the town to ourselves.

There are a number of tours you can take to explore the city. One of the best tours that we did consisted of walking for miles around the city, way up high on the castle walls. It was the most amazing view. I will say though, this tour was quite the workout. It was about 250 steps straight uphill. But the views were definitely worth it.

The Walls of Dubrovnik

Dubrovnik is a very old city built within Roman walls that are still intact today. Like Rome is known for the Colosseum, Dubrovnik is known for the Walls of Dubrovnik. They were built as a fortress to protect the city and the Dubrovnik Republic from foreign invasion. The walls are about 1940 meters in length and wrap around the majority of the city. You’re able to walk through the walls, which is an experience.

It’s about a five-mile walk with a lot of steps because it’s high above the city. However, it was worth every step of the way. Every spot through the walls offers an incredible view of either the terra-cotta rooftops or the crystal blue Adriatic Sea. You can purchase tickets at the box office or you can reserve them ahead of time online.

It’s so beautiful in Dubrovnik that HBO filmed most of Game of Thrones there and used it as inspiration for many of their other sets. A few of the famous scenes filmed there include Cersei’s walk of shame, King Joffery’s tournament, and Daenery’s visit to the city. Almost every street, alley, and building have appeared somewhere on the show. There are a lot of tours available that are centered around the hit TV show. Also, for all my Star Wars fans, some of the film directors used this location for inspiration as well.

There were a lot fewer people in the city because of the pandemic, which made sightseeing very enjoyable. However, there were still a lot of people walking around because Dubrovnik is a very well-known city. A lot of tourists travel here and for good reason. We had most of our COVID checkpoints in Dubrovnik.

My travel buddy, Chris, got a DUI on the trip. It was a very interesting experience because the cops are very nice in Dubrovnik. They never put him in handcuffs, but simply asked us to follow them to the station. They took Chris’s driver’s license, and they said that if he were a local they would take it for 30 days. Chris had to pay a fine as a penalty. We drove to an ATM to get cash to pay the fine, and it amounted to about $800. It made for a memorable experience, to say the least!

We were in Dubrovnik for about fifteen days, which allowed us to explore the city in great detail. This is one of the most amazing places I’ve ever been. The water surrounding the gates and the city is crystal clear, as you can see in the photos. The sunsets over the water were incredible as well.

Overall, as far as difficulty level goes, it was pretty tough. There is a lot of walking and a lot of stairs. To be honest, it was extremely exhausting but completely worth it. In fact, we were able to see so many cool spots that we wouldn’t have seen otherwise. I can’t recommend this place enough! I would suggest spending time in this city if you plan a trip to Croatia. That’s a wrap on Dubrovnik. I will see you on the next adventure!