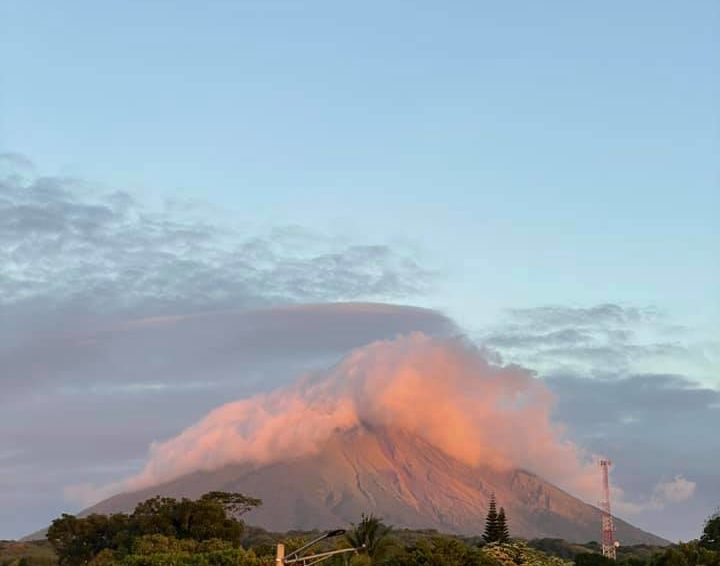 Hey everyone, welcome back! Thanks for following along with me on this wild adventure of traveling during a global pandemic. These have been a few of the best months of my life, and I am so glad I have a platform where I can share my experiences with you. We are having an amazing time exploring Nicaragua. We have been able to see and do so many cool things here, but, I have to say, seeing the Masaya Volcano was by far one of the coolest excursions we have done.

History of the Volcanoes

Before I arrived in Nicaragua, I never cared much about volcanoes or seeing them, but now, having seen them up close, they are so unique and each volcano is very different. No two volcanoes are the same, they’re just a truly phenomenal sight to see. Having seen them now, I’d highly recommend going if you are planning to visit Nicaragua. There are a total of twenty-three volcanoes in the country and nineteen of them are currently active and often erupt. You can see an active volcano from almost any location in the country. There’s even an island in the middle of Lake Nicaragua with an active volcano on it. Lake Nicaragua is the largest lake in Central America, the tenth-largest lake in the Americas, and the nineteenth largest lake in the world.

We were able to see a few different volcanoes. On some of the adventures, we took guided tours, and some we wandered by ourselves. However, the volcano we spent the most time exploring was named Masaya, which is over 9000 years old and is a caldera in Nicaragua. It erupted in 2008, so it’s considered an active volcano. As you can see in the pictures below, it’s beautiful to look at from afar.

We got the chance to see it at night and were able to walk around the crater, which is the mouth of a volcano. We looked down into the center of the volcano, which was both amazing and a little scary. Masaya is, interestingly enough, very relevant to climate change. When volcanoes erupt, the ash that goes into the sky blocks out light for some time. This causes a cooling effect in the atmosphere where the eruption occurred because the sunlight is reflected into the sky by the ash and not down to the earth. It was very interesting to learn about

The coolest part of this experience was seeing the volcano at night time. This is the only time you’ll be able to see the “lava lake,” which is pictured below. The lava lake is a bright, glowing red color and flows from the crater. While we were exploring the volcanoes, I have to say there was a lot of uphill walking. It was also very misty. Masaya was the easiest journey because we were able to park at the top and only had to walk about 500 ft. The parking lot was easy to navigate through, and we were directed on where to pay. They made us park facing outwards. Everybody has to back their car in so that if something were to happen, they could get out faster. It’s a great safety precaution.

This was an amazing experience, and I’m so glad we got to explore these magnificent volcanoes. I would recommend seeing Masaya at night because the vibrant, red lava was one of the coolest things l have ever seen. I felt like I was in another world. Thanks for joining me on this journey. I hope you have enjoyed following along and reading about my experiences. If you are just now tuning in, you can check out my previous adventures here.