Riding ATV’s on the Island Ometepe 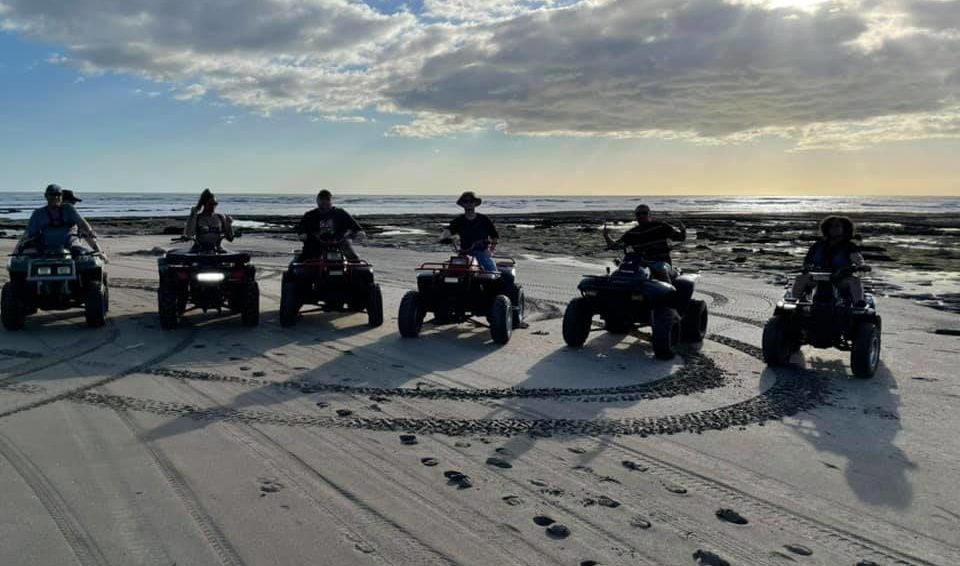 While exploring the beautiful country of Nicaragua, we’ve seen some amazing things and made a few unforgettable memories. There are so many fun activities here, you’ll never be bored. One of the most exciting things we did was ride ATVs on the Island of Ometepe!

We decided to explore the island of Ometepe, which is located in the middle of Lake Nicaragua. The island is the home to two major volcanoes, both standing about 5,000 feet high. The volcanoes are named Concepción and Maderas and are currently active. Concepcion has erupted twenty-five times since 1883.

The island of Ometepe island has been inhabited since 300BC. The story has it, the people who originally found the island said they were told by a Messiah that they would end their journey on an island with two volcanoes. The Messiah told them that would be the place where they would live forever.

Okay, this experience was so fun! We got the opportunity to ride ATVs up and down the coast and through Ometepe. This was a spectacular way to see the island. During our excursion, we met a bunch of local folks driving around and saw a lot of wild pigs, cows, and horses. There were a ton of hills on the island, so driving the ATV downhill at 60MPH was truly exhilarating, and a total adrenaline rush! We had such a great time. I would highly recommend this activity if you love a little adventure and want to take in the amazing views of Ometepe.

This excursion was totally worth it. We not only had a great time, but we met a few amazing people along the way. In my opinion, this is the best way to explore the island. Thank you for following along with me as I travel the world. I want this travel blog to be a positive place that inspires others to travel and see the world as well. There is so much to see, don’t wait! Stay tuned for more exciting adventures to come!