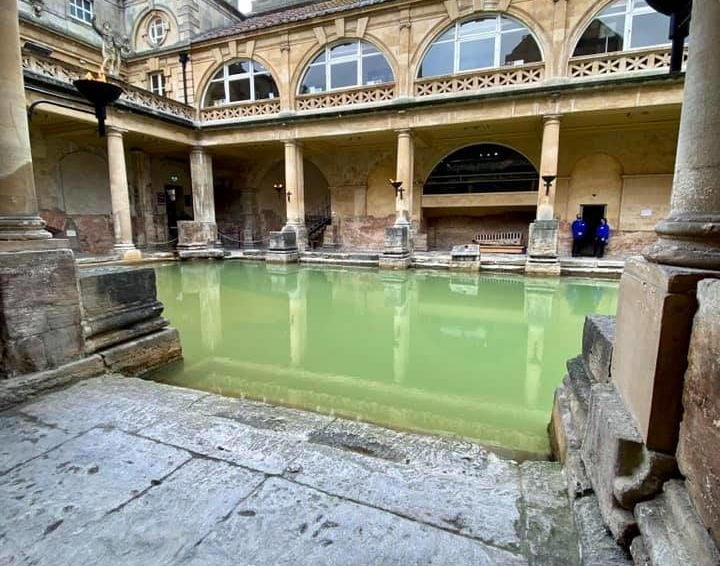 The city of Bath is most famous for the Roman Baths, which date back to 60 AD, making them nearly 2,000 years old. It also became a world heritage site in 1987. The baths are amazing to visit! They were actually built on hot springs that were used for leisure and were believed to have healing powers. The floors were heated by a hypocaust, which was a Roman system designed to circulate hot air.

The water in the Roman Baths is no longer safe for bathing, nor is it used for that purpose anymore. In order to tour the baths, you will need to pre-book your ticket before you get there, which you can do online through their website. It’s very simple and allows you to have more time at the site instead of waiting in line. There are also multiple ways you can travel to the Roman baths.

I really enjoyed our time in the UK. However, from my experience, I will say that Britons are not super friendly. Don’t get me wrong, they aren’t awful, just not overly friendly either. The people working at the different sites in Bath were very nice though. It’s the most beautiful part of the UK we’ve visited so far. I can’t wait to continue my journey. Keep following along on my adventures with me!