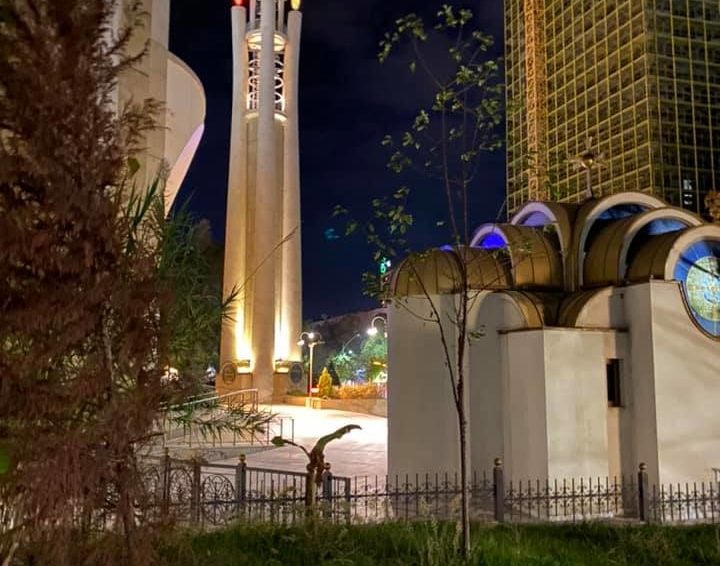 The Resurrection of Christ Orthodox Cathedral in Tirana, Albania

Hey everyone! Welcome back to another entry of my travel blog. This next stop is Tirana, Albania. This place is a trip! As you drive through the city, everything is lit up. Instead of the standard stop lights dangling over your head at the intersection, the entire pole lights up. They also light up with vibrant colors, making it easy to see as you’re driving. That’s something we should have all over the world!

Tirana is the capital of Albania and has a population of about 1 million people. The city is full of many beautiful things to enjoy, such as a nice Mediterranean climate, beautiful churches, and gorgeous parks. This city is known for its bright colors and modern buildings, which are super cool to explore. However, the city wasn’t always this way.

A Bit of History

In 1939, the city was overtaken by fascist forces and became German territory. During World War II, the Communist Party of Albania was created, and after a war against Nazi forces, the communists gained power. Albania was one of the most oppressed isolated in the world. When the Soviet Union collapsed in 1991, the Democratic Party took over in 1992. Many would say that the country was monochromatic and dark during Nazi and Communist rule, but now they celebrate freedom with art, vibrant colors, and bright lights.

We also spent some time in downtown Tirana, which was beautiful. The center of the town is Skanderbeg Square. Around the square, you will find art galleries, museums, and theaters. The whole city is bursting with art and creativity. Also, located a couple of minutes from the square was the Resurrection of Christ Orthodox Cathedral, which had the most amazing architecture. It’s one of the largest Orthodox churches in the Balkan Peninsula. It officially opened in 2012, in celebration of the 20th anniversary of the revival of the Orthodox church, after being persecuted for so many years as an anti-religious country.

This city was cool. We didn’t stay for very long, but the time we spent there was incredible. There is so much to look at and the atmosphere is very alive. The whole city is surrounded by bright lights and colors, which was fun and made for some cool pictures. I would recommend this town to anyone visiting Albania. It was a very nice place, but it was very fast-paced and there were a lot of people. Everyone seemed to be in their own world, and it was a lot bigger and busier than I expected it to be.

I think you only need to spend a few days here to see everything, but you could honestly stay longer. There is a lot of history in Tirana, and it’s cool to see how far the country has come over the years. Thanks for connecting with me through this travel blog. I hope my entries continue to inspire you to see the world and try new things. Keep following along to see my next adventure. See you next time in Danilovgrad, Montenegro!